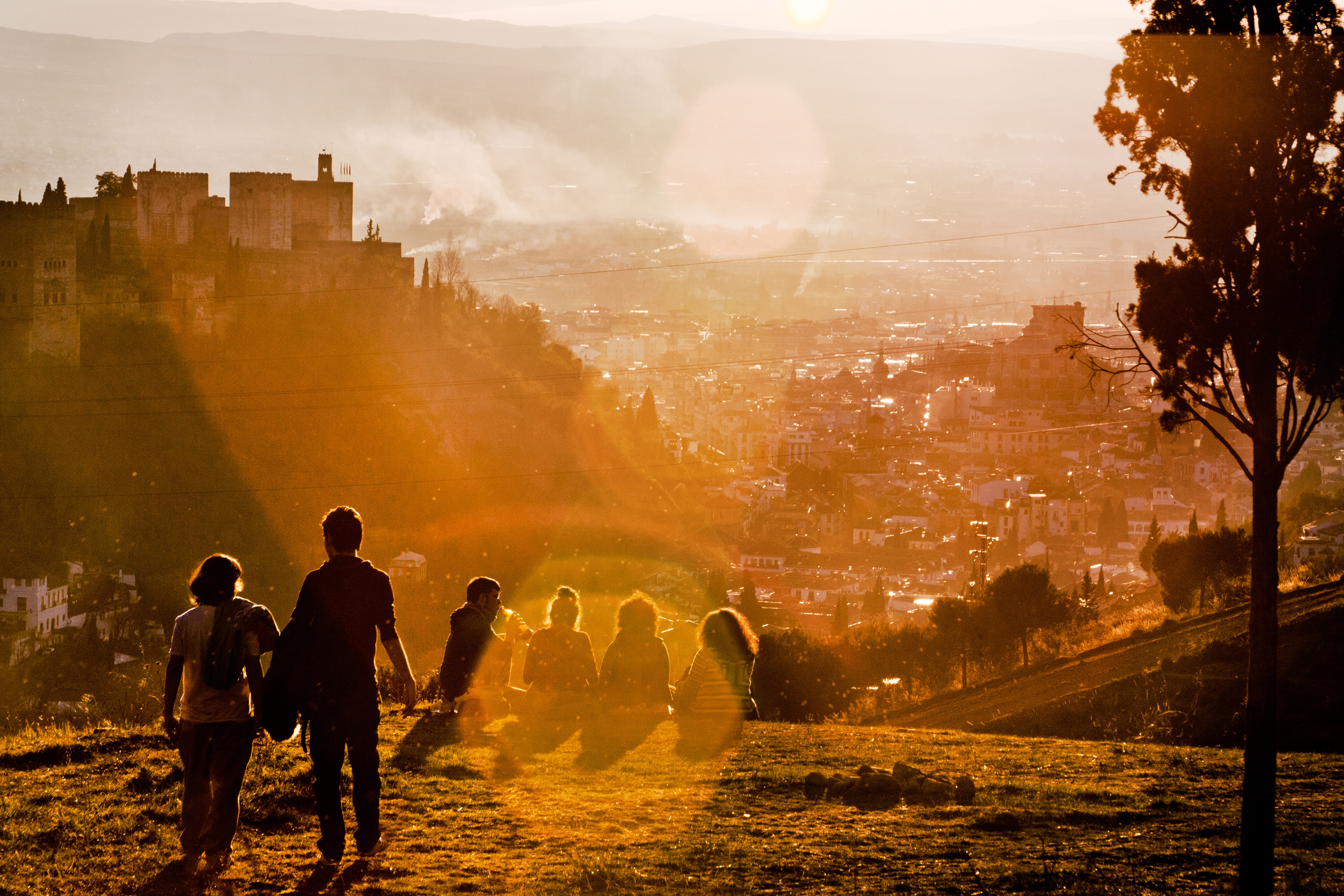 So, here we are – Spring 2018. Time to make some sweeping life changes for the year, again.

“I’m going to stop doing <something>.”

“I’m going to start doing <something>.”

“I’m going to do more of this and less of that.”

Has this approach ever worked for you before?

And it’s important to know you didn’t do it all by sheer willpower (even if it feels that way).

If this approach doesn’t work for you , don’t worry.

We, as a society, commonly approach behavior change with a flawed understanding that rarely leads us to sustainable changes.

Well, you get up earlier. You stay up later. You want it more than the next person. You create your own luck through shear force of will.

These simple “solutions”  ignore the biggest factor in our ability to change our behaviors – our environment.

This notion that our behaviors can be a consequence of our environment doesn’t sit well with more individualistic, meritocratic types, who believe, almost religiously, that success or failure is simply, entirely, a matter of choice, will, hard work.

Most behavioral scientists will disagree with them and tell you …

Natural landscape, culture, media, cars, the people around us …

You’re likely reading this on a smartphone that is physically with you, in your hand or pocket, nearly all the waking hours of the day (and, unfortunately, often in the sleeping hours too).

It gives you a physical notification – a bing, a buzz, a flash, a beep – when it wants your attention for something.

Culturally, nearly everyone has a smartphone and connection (upward of 95% in many developed Western societies).

Then we have the social aspect — the social in social media. We now connect with more people, more often, via these devices and social networking platforms. We can be voyeurs into the lives of celebrities and complete unknown strangers. We can shout, argue, voice our opinions without immediate consequence. We can victimize people, and become victims. We can flirt. We can hook up. We can break up.

Watch someone walking down the street with a phone in their hands and it looks like they are holding hands with it in the same way they might hold the hand of a loved one.

Because of all this, these little boxes know more about us than our closest real world connections.

And that leads us to …

“I’m going to spend less time on my phone.”

“I’m going to stop using social media so much.”

Ok, but you decide that you’ll keep your phone nearby – you know – in case of emergencies – but you’ll just check it less.

You’ll spend less time scrolling Instagram, even though you still have your notifications switched on and the Instagram launch button is on your home screen.

Problem is, you’ve done nothing to change your environment.

How long do you think your willpower will last once those notifications start rolling in?

And so it is for virtually every health-related resolution we make for ourselves.

We quit when it becomes too hard — when our resolve crumbles under the weight of the physical, social, and cultural environments which were driving most of the behaviors we wanted to change.

And when we cannot maintain that resolve any longer, we blame ourselves for being weak of mind, body, and will.

Conversely, the vast majority of the big success stories come from those individuals who were able to make changes to their physical and social environments in particular, making their new intended behavior much easier to begin and sustain.

Or they already had the most supportive environments in the modern world to begin with.

We  believe these people have some sort of superhuman levels of willpower and resolve.

Sometimes these people believe that too.

But, the support of their environment is the overriding factor that leads to success.

It’s totally possible to go against the current of your environment.

And I highly recommend doing it.

My dear friend, and Living Experiment co-host, Pilar Gerasimo, promotes Healthy Deviance – the practice of acting in your own best interests against the common environmental (particularly social environment) norms.

First, you have to see the environment you’re swimming in.

Once you see it, you can change it.

And then you can get others to join you in new behaviors and build a new environment together.

Here’s how you get started.

Identify the behavior that you want to modify. Write it down.

Identify the environmental factors around the behavior.

Write down the prevalent physical, social, and cultural factors which have driven this behavior.

Example: You stay up too late each night and want to go to bed earlier. Your physical environment could be one where the television is on, the lights are bright, and you spend your evening staring at a variety of different screens. Maybe your partner or family all stay up late and share no interest in your desire to get more sleep.

No matter what, when it’s time to get to sleep, you’re not sleepy and you stay up even later.

The common mistake, based on the above example, would be to focus on the individual behavior, and ignore the environmental factors.

A better approach is to look at the environment and decide which factors can be modified easily and straight away, and which factors are going to require more of a long-term investment and approach.

Example: You could start by wearing blue-light blocking glasses from early evening onward, dim the lights, and set an alarm for a hard switch off time for some or all devices. If others want the television and lights blaring, you might have to take to another, more quiet room, maybe to read a book, do some yoga, or just sit quietly with a pet and maybe a pen and notebook to plan your next day. Maybe you need to invest in blackout curtains to darken your rooms.

Look for both short and long term modifications to the environment you are in so that it now supports your chosen behavior rather than it working directly against it.

You’ve identified the behavior you want to change, as well as the environmental factors which might work against that change.  You’ve made some modifications to your physical and social environments to help support the new behavior.

Now all you need to do is make it stick over the longer term.

It is common to experience creep in your physical or social environment, which, over time, will ultimately derail your new behaviors.

If, in order to improve your sleep, you need to be wearing your blue light filtering glasses each night, but you keep forgetting to bring them home from work, or leaving them in another room in the house, your physical environment (exposure to sleep-disrupting blue light) begins to work against your intended behavior. It keeps pushing you back into a position where you need to expend constant effort in order to maintain that behavior.

Think about brushing your teeth.

Chances are, you actually don’t think much about it.

That’s because head to the bathroom as part of your morning and evening routines, and the toothbrush and toothpaste just happen to be there already.

Now just imagine if each time you went to brush your teeth, you had to figure out where you had left your toothbrush.

Your teeth would eventually go unbrushed.

Once you have created supportive environments for your intended behaviours, you need to fortify these as much as possible so that they continue to work for rather than against you.  These fortifications are absolutes for you.  For example, I absolutely will not have notifications switched on in my phone.  I absolutely won’t allow phones, computers, or any other such devices at the dinner table.  As I am easily distracted when on the computer writing, I use blocking software so that I cannot access certain websites.

Social environments can be a bit more tricky and they’re arguably more influential than any other part of your environment.

So pay special attention to how you can identify, modify and fortify behaviors with family, friends and strangers.

For example: You won’t check your phone while talking with friends.

Ask your friends to do the same for you. They might join you or not. And if they don’t, well that’s how we grow.

And remember, rather than trying to make wholesale behavioral changes, I think it is better to pick one desirable outcome (e.g. have more energy during the day) and understand why this is important to you (e.g. having more energy allows me to do more of the things which give me a sense of purpose and fulfillment).

Identify the behaviors which lead to that outcome (e.g. going to bed earlier), and the environmental factors which influence those behaviors (e.g. blue light from exposure to screen-based devices in the hours prior to bed).

Modify these environments as you need to, and as best you can at this point in time, in order to support your behaviors (e.g. power off most of the devices an hour before bed, wear blue light blocking glasses at night, change lights that emit blue light).

Fortify these environments to ensure that they remain supportive of your behaviors rather than work against them (e.g. always keep the glasses where you want them in the evening).

Any experiences with this in your world? I’d love to hear about them in the comments.