Do You Find It Hard To Focus On Conversation With Friends? 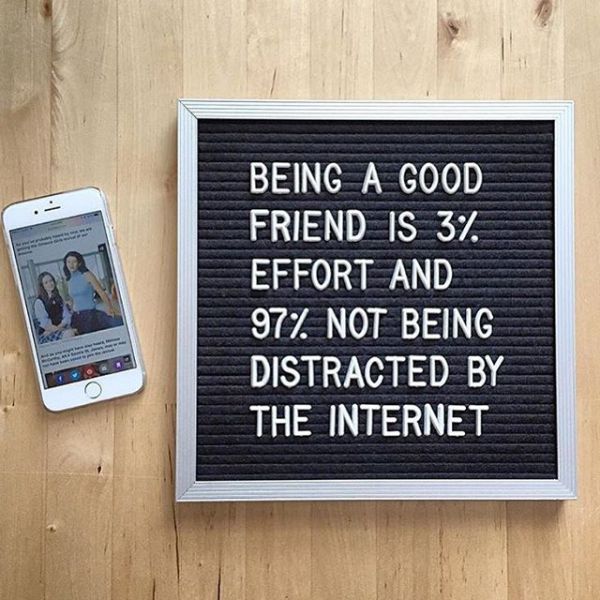 I got a wry chuckle out of this image (from LetterFolk‘s Instagram feed), but there is also some truth behind it.

For those of us old enough to remember a world without a smartphone in every hand, ask yourself this: do you remember it being hard to focus on conversation with friends? (Sure, some people are easily distracted – or self-diagnosed with “ADD” – but that’s not what I’m talking about.)

Myself, I don’t remember it being that difficult to have an uninterrupted conversation. A conversation where you paid attention and contributed something yourself. A conversation that was a symbol of an actual relationship, with silent pauses and disagreements and inside jokes among friends. I guess I’m just saying that I have never found it so difficult to have meaningful time with friends. Even last night, with some of my closest friends, all of our phones ended up coming out while we were conversing. Mine included. And I didn’t really like that.