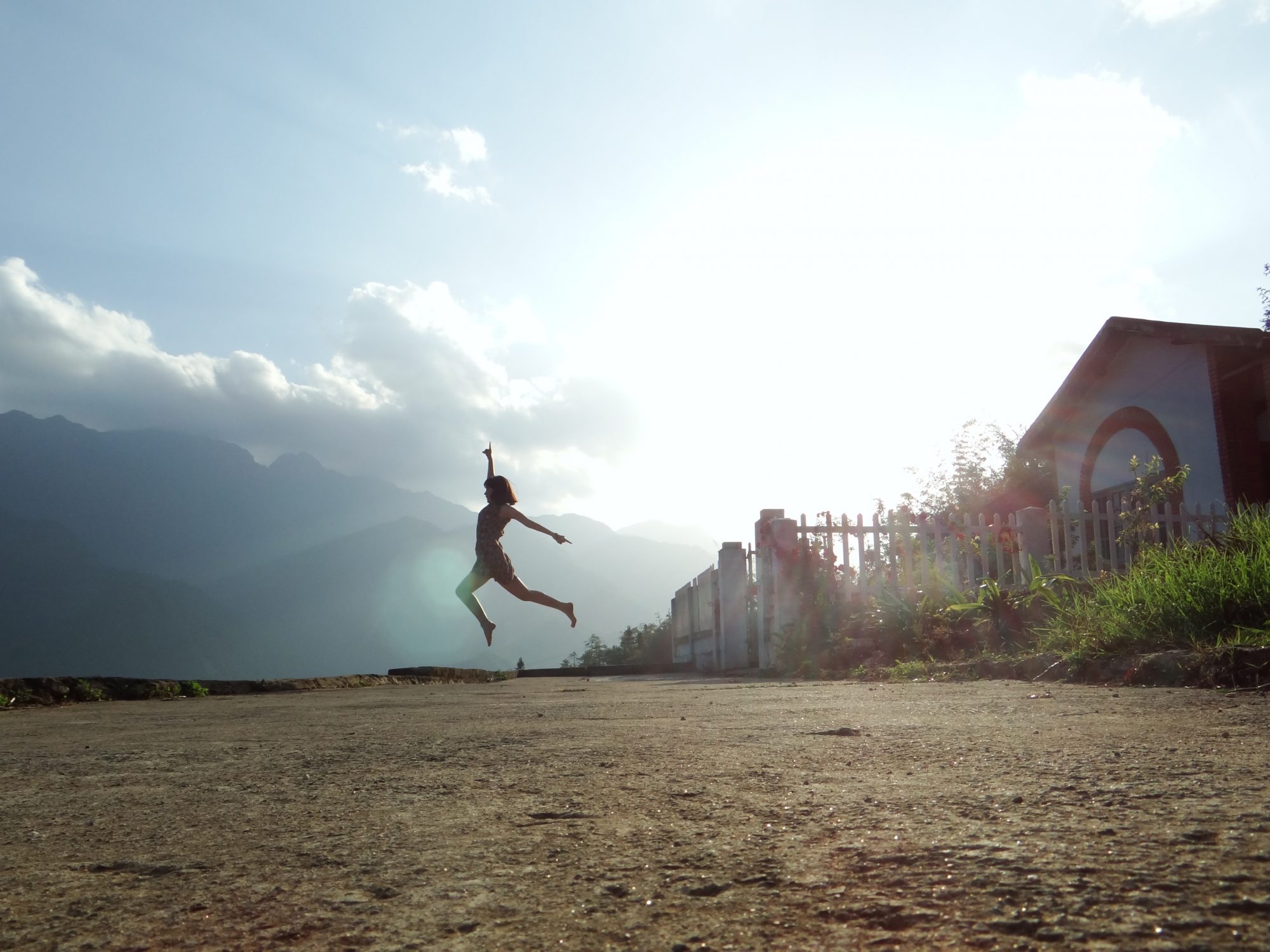 Whenever I write or speak about movement, fitness, exercise, etc., I want to rebel against the common refrain, “just move more.”

On the one hand, at a wide population level, it’s solid advice. Lots of people just need to move, period.

But on the other, especially when applied to individuals, it entirely misses the point that the common environments us modern humans inhabit often actively limit, or worse, discourage, the key movement types and patterns that are best for us.

It’s important that we engage kinds of movement that build us up instead of stressing us out and breaking us down.

The Unavailability of Natural Movement

We offer advice like “walk more,” ignoring that many people live in largely unwalkable areas.

For these people, walking more might mean getting in a car, driving in traffic or on a highway, to somewhere suitable, only to struggle with parking, end up jostling with crowds, and then have all of the stress-relieving benefits of movement undone on the drive home.

There are many cities in the world where you simply cannot walk to the grocery store — they are set up almost exclusively for drivers.

I’ve stayed in small beach towns, which seemingly should be very walkable, only to see that most people drive everywhere because there are few footpaths available.

It sounds like good advice to tell people to take the stairs rather than an escalator or elevator, until you see signs warning people away from using the stairs, except in emergencies, because they are steep and may lead to physical exertion.

I once found myself trapped in the stairwell of a hotel building after deciding to take the stairs instead of the elevator.

As it turned out, except in the case of an emergency evacuation alarm, the doors from the stairwell back into the main part of the building are locked (I needed to phone the hotel reception to get out of the stairwell).

I was stuck and had a whole new set of problems.

This doesn’t mean don’t ever take the stairs or give up because your city is a human trap. It’s just a great way to show that simple advice like “walk more” or “move more” doesn’t work in everyone’s version of the modern world.

Do move through the natural world on your feet whenever you can and it feels beneficial.

A World of Convenience

Paraphrasing Katy Bowman’s movement ecology work: “someone, or, increasingly, something, always moves so you don’t have to.”

We’ve grown accustomed to contracting out our labors and efforts.

I’m no Luddite. I’ll take my electric coffee grinder over the hand grinder any day.

But I remain aware that with greater accumulated movement losses from the margins of my life, I need to find ways to replace that movement — somewhere, somehow.

The convenience (in this case, my electric coffee grinder) creates inconvenience (weakness), requiring the further inconvenience of needing to add movement (often as exercise or rehab) back into my life.

We live in a world where we — often blindly — pay for another person’s labor and effort, so we don’t need to expend our own.

This may very well have its advantages.

Calling a gardener in might free up your time so you can get to yoga or out on the paddleboard over the weekend. Paddleboarding > pulling weeds.

But such convenience can come with significant downsides.

Deploying a robot to vacuum your carpets so that you can spend more time scrolling through social media sounds great…until you realize that this movement given away to a machine is exactly the NEAT movement public health boffins tell us we need more of (where NEAT stands for non-exercise activity thermogenesis; activity that isn’t sleeping, specific exercise, or sport).

Another example of NEAT might be walking to and from the bus stops between home and work (or return).

You might rack up 30-45 minutes of this type of incidental activity each day. Or you might save yourself all that effort and drive door to door, giving you more time to head to the gym to walk (exercise) on a treadmill for half an hour.

Why spend your weekend chopping your winter firewood when you can get it delivered pre-cut, leaving you plenty of time to go to CrossFit and swing a sledgehammer at a truck tire?

Floating around in space sounds like fun, right up to the point where you realize that zero gravity destroys your body.

Muscles weaken. Bones demineralize. Brains, quite literally, shrink. This is all due to the lack of loading placed on the human body from being in a low-gravity environment.

Back here on Earth, we can liken our increasingly sedentary lifestyles to low-gravity environments.

Each time we contract the support of our skeleton to a chair, the movement of our frames to a motor, or the carrying of objects to wheels, we, in effect, reduce the loading of gravity on our body.

The deterioration might not be as pronounced as that seen in astronauts, but it is deterioration nonetheless (commonly shrugged away as “getting old”).

That’s Where Muscle Comes in

I’ll explore specific elements of movement prescription in future journal entries, but I’ll place my stake in the ground here by stating that I don’t place anywhere near the same level of importance on cardiovascular health and cardiovascular-type exercise as I do the musculoskeletal system and the need to load muscles, bones, and connective tissues.

Don’t read this as saying cardio is unimportant, but I do feel that we’ve placed far too much emphasis on heart health and not nearly enough on musculoskeletal health.

Far from being just the tissue that just moves your skeleton, it is becoming increasingly understood that muscle is a secretory organ, releasing its own set of hormone-like messengers into the body, helping to regulate everything from metabolism, to bone health, to immune system function.

These myokines, as they are known, are released in proportion to your muscle mass and movement.

At the time of writing, I’ve just returned from an Ancestral Health symposium in New Zealand, where there were several talks on movement and the importance of muscle mass.

One speaker in particular, an exercise physiologist, referred to the “pervasive penias,” which are becoming more apparent much earlier in our life spans than we’ve seen historically.

The evidence presented not only supports my notion that we are increasingly living “low-gravity” lives, but also that going for a jog around the park, riding bikes, etc., all in the name of cardiovascular fitness, is not necessarily supporting our musculoskeletal health.

Indeed, when taken to an extreme (e.g. ultra-endurance athletes), or simply layered on top of other modern lifestyle factors, like poor diet, stress, or lack of sunlight, it may, in fact, be making the situation worse.

I’ve long been a fan of a polarized approach to movement and fitness, where the vast majority of our movement is accumulated at a relatively low intensity — under brisk-walking type intensity (for the nerds: under ventilatory threshold one).

Much of this should be accumulated incidentally throughout your day, walking here, walking there, “collecting steps.”

Movement at this end of the intensity spectrum should be relatively stress-free, as well as serving as a vehicle for connecting other important health strategies — time outdoors, in sunlight, in natural environments, socializing, disconnecting from the grid, etc.

At the other extreme, our structured fitness training might be best sourced from short, infrequent, but very high-intensity bouts of exercise (above ventilatory threshold two).

Interval training, CrossFit, and the like generally fit into this category, though note the emphasis on infrequent.

I see far too many people taking a chronic cardio approach to such high-intensity training, doing it 4-5 times per week (I’ve worked with those who even try to do it twice per day, nearly every day), often ending up with the opposite effect of what they are trying to achieve: a tired, injured body, whose composition (muscle and fat mass) is deteriorating.

Let’s Build a Foundation of Strength

Sandwiched between the two polarized extremes above, but forming what I think is the most important foundation to most people’s deliberate and structured exercise programs, is some form of strength training.

In the absence of our ability to fundamentally change our built environments (homes, towns, cities) to allow more loading on our bones and muscles, I truly believe that making our bodies stronger via some form of lifting program is one of the key pillars of optimal health in our modern world.

Such programs may range from body weight exercises, to increasing loads from bands and kettlebells, through to full Olympic and powerlifting types of programs.

Sure, walking is great, as is sprinting (I’ll leave my thoughts on jogging for now), but they’re not as beneficial when the underlying musculoskeletal structure you want to move is put together like a house of floppy cards.

Build strength first, the cardio will follow and get easier.

“But Dallas! Just tell me what the best exercise program is!”

At a time when so many are focused on food and diet and, increasingly, sleep, engaging in good quality movement feels like the black sheep in the mix.

The most common prescription always seems to be “just do CrossFit” — but I feel this isn’t good enough.

These areas will be as much of a focus for me here as any broader discussion on exercise prescription.

I’ll address many of the above themes in the final installment of my 4 keys to health introduction series, Connect, as well as in future journal entries dedicated to exploring Move.

Here’s My View on Movement in 60 Seconds

Move your body in a way that strengthens it, connects you to others, and allows you to explore your world. But, be smart in how you engage in such movement. This means you don’t get your butt up at 5 a.m. to go for a run if you only got five hours of sleep. (Stay in bed. Really.)

I’m moving (see what I did there?) away from words like “exercise” and “training” because that brings to mind grinding away at the gym, sweating your way through a timed 10K run, or spinning your way through a fitness class. While these can be good options in the right context, such a focus on fitness and exercise often overlooks the importance of low-intensity movement like walking, hiking, or riding a bike (all of which allow us to explore different environments), and natural movements like crawling, balancing, climbing, and carrying (which all help to strengthen our bodies in ways modern life — and gyms — often cannot).

Fun, playful, and restorative type movements like throwing a frisbee, playing fetch with your dog, running around with your kids, dancing, massage, and sexual intimacy are all examples of movement which help us to connect with those we feel closest to while also improving our physical health.

Given the nature and constraints of our modern lives, I believe that physical strength rather than aerobic fitness should form the foundation pillar of any structured exercise program. Resistance training, carrying, and weight lifting are all common methods of building a strong and capable musculoskeletal system. Short, infrequent bursts of high-intensity activity, when added to plenty of regular low intensity movement, give most people all the aerobic conditioning they need.