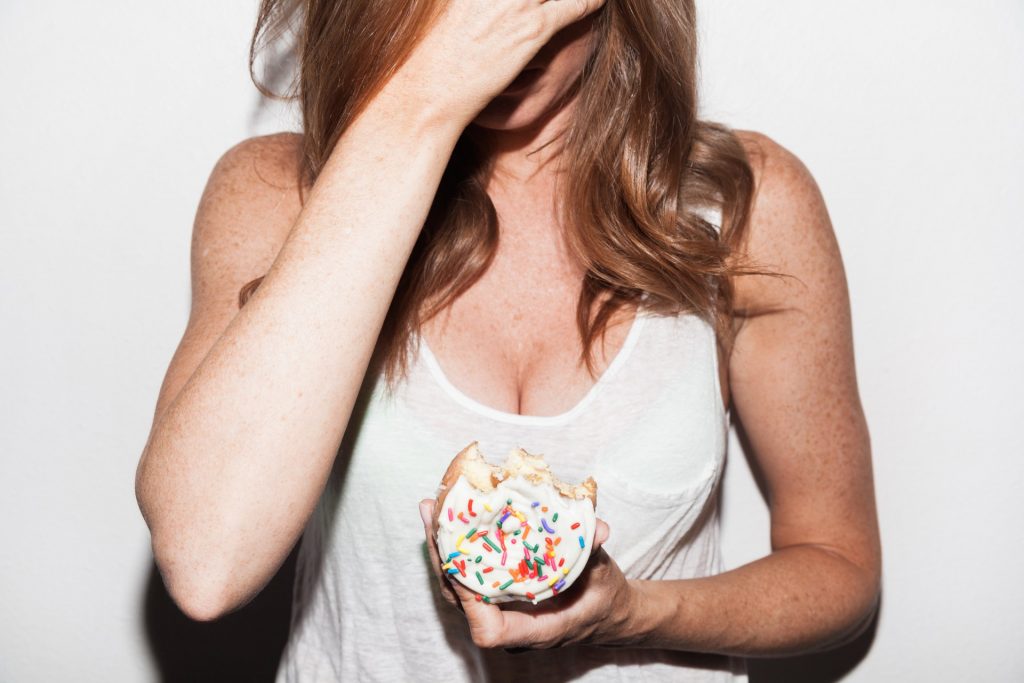 The fear of judgement – both human and divine – has long been a powerful tool to manipulate human behaviour, but it seems (at least in some people) to simply drive those behaviors underground instead of actually eradicating them. And in a twist of tragic irony, using fear of divine judgment to prevent certain behaviours might actually increase the chance that those same patterns will show up again, all the while triggering people to experience the negative emotions of guilt and shame as well as motivating people to be dishonest by purposely obscuring the behaviour from the view of others in their life. That’s some brutal backfiring: religious prohibition drives both the behaviour and subsequent dishonesty about it.

Given that I strongly advocate for self-awareness through behaviour change programs like the Whole30 and More Social Less Media, here’s my take on making natural urges “good” or “bad”: imposing a moral framework over human choices involving natural, reward-driven behaviours (like food and sex) serves institutions well but individuals poorly. Using shaming (and public judgement) as a weight loss strategy might work in the short term, but I cannot see how it makes anyone’s life better in the long run. (I’m looking at you, fitspo.) I’ll argue that the more something is described as sinful and forbidden, the more likely it is to cause social and emotional problems. We see it with drug use, too: stigmatizing illicit drugs only exacerbates the shame about drug use and, paradoxically, increases further use. As Melinda Wenner Moyert writes in a recent issue of Scientific American Mind, “…suppressing the desire to view pornography, for example, for moral or religious reasons, might actually strengthen the urge for it and exacerbate sexual problems.”

A key to making better choices is awareness of the natural consequences of those choices.

A key to making better choices is awareness of the natural consequences of those choices, which is partly why the Whole30 program is so transformative for some people. They finally know how specific choices affect them, and they can go forward making well-informed, personal choices without a moral framework of “good” and “bad” to obscure the natural consequences of their choices.